In a theorical utopic world : YES !

In reality, there are too many of us using too much space. Ecosystems (including sharks) are being used and abused to functional extinction. In those place, where heavy fishing, tourism, pollution, destruction and the many other threat occurs, then managing, rather than “leaving alone”, is much better than “leaving alone…to die”.

Shark diving is not about managing sharks, it’s about controlling the behavior of human populations. 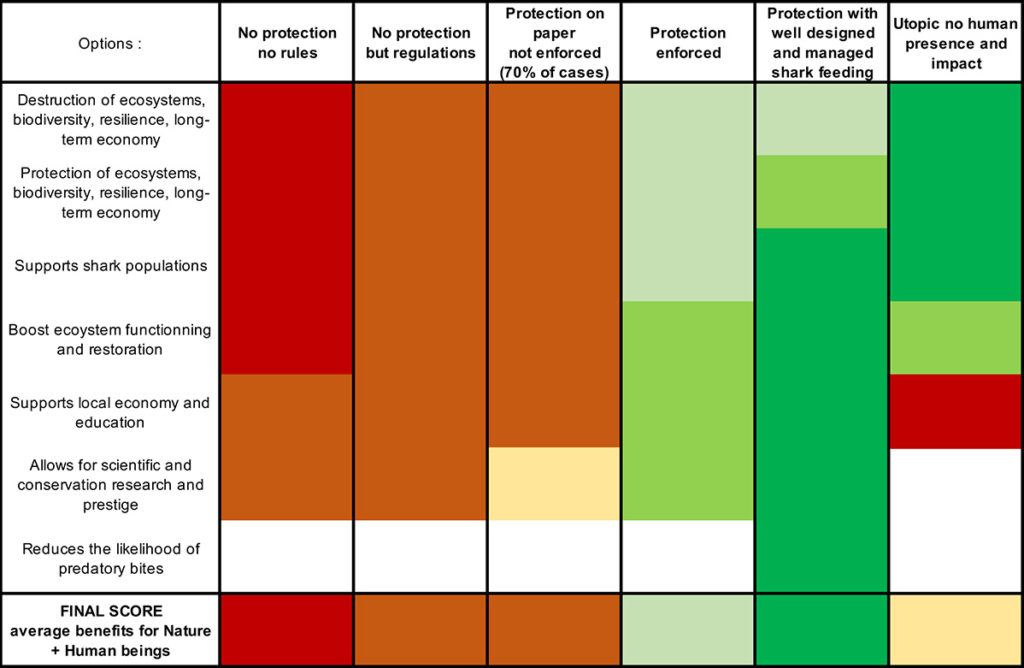